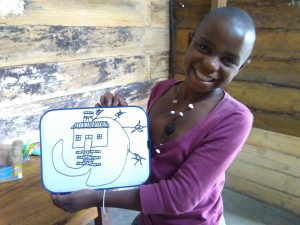 The first project of the Foundation Cariello Corbino is the Gazelles de Silvana – an Orphanage in Rugari – Nord Kivu, in Democratic Republic of Congo.

The Democratic Republic of Congo has the potential to become one of the wealthiest countries of the world. In fact, its corrupt political class is extremely wealthy indeed, because of an exclusive exploitation of the huge mineral resources (gold, diamonds, oil, coltan, coal, copper, wood,…), with criminal collusions (link).

UNEP (United Nations Environment Program) reckons that around 98% of the illegal exploitation profits of the natural resources – in particular gold, coal and wood – ends up in the pockets of international criminal organisations, operating in and out of the country.

In North Kivu, the region where the Foundation decided to operate, there was a serious conflict in 2004 between central government and rebels, that ignited into a civil war with 8 million deaths and millions of displaced people, lootings and kidnappings of youngsters to serve the rebel troops.

In December 2017, days after our second mission, a rebel attack at the blue helmets UN force local stronghold  caused 14 dead and 50 wounded. UN classifies the area among the four more at risk on the planet.

Passy Mahano, a medical science student, daughter of a ranger of the Virunga National Park, witnessed herself the horrors of the war when she was younger, decided to abandon the medical studies to help the local orphans in 2013. 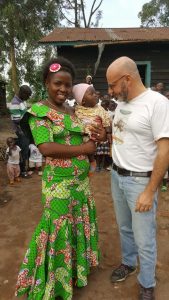 She did it almost exclusively by herself, thanks to the support of a rural local community, living in very precarious conditions in Rugari, in a wooden shack with a growing number of children. Passy was remarkably determined and found out that a Swiss philanthropist, Marlene Zähner was financing a training centre for anti-poaching dogs (Congo hounds) in the  National Park of Virunga. The local rangers brought about a meeting between these two brave women, and some sort of miracle was achieved: Marlene began to support the children and their living conditions improved dramatically.

There were 56 children to feed (65 up to date), to send to school and occasionally to give them medications, a burden that was a bit too much for a Marlene and the small Charity Dodobahati Foundation to bear alone

Luckily, Helen Pope, an Australian mutual friend, introduced Marlene to Alberto Corbino, current president of the Charity Foundation, who wished to build an orphanage-school in memory of his mother Silvana Cariello, recently departed. 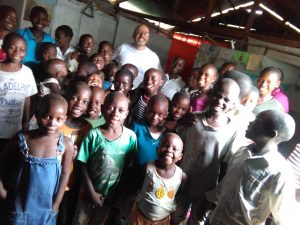 Alberto Corbino with some of the kids in Rugari (January 2017)

On January 24, 2017 (the day after setting up the Charity Foundation), Alberto flew to DR Congo to meet personally Passy and the children and to overview the situation.

Alberto decided on the spot to support the project, because everybody has a right to live a dream.

In just a few months, two lots of land were acquired in Rumangabo, a safe area South of the National Park of Virunga, close to the entrance of the wonderful Mikeno lodge. The plan is to build solid and modern buildings, about 400 m2 in total, integrated with the surrounding land: 2 dormitories, 1 canteen, 1 school, 1 guest house, 1 first aid infirmary, 1 labs area and an outdoor area to grow vegetables and to breed livestock (a project by arch. Riccardo Pedone, Napoli). 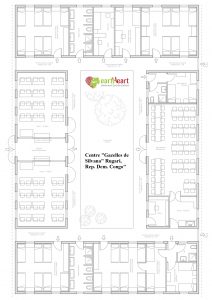 The 65 children will  secure not only survival, but also a decent and independent future.

The Cariello Corbino Foundation is now looking for partnerships in Italy and abroad to raise € 110,000 (besides the land already bought) in order to build the Les Gazelles de Silvana – support centre for of childhood and youth. We tend to dislike a bit the word orphanage as we wish the children to have a positive self-perception, hence the renaming to Les Gazelles de Silvana, aiming to become a pilot project for that area of Congo, a place of joy and growth for the children and the overall local  community.

We may be just a drop in the ocean, but the ocean is made of drops indeed!
If you like what we try to achieve, please give us a helping hand.

If you want to know more, contact us @ fondazionecariellocorbino@gmail.com

Please, help us supporting the Gazelles’ dreams to enjoy a safer present and a brighter future: everyone deserves to dream!  Grazie! / Thank you!