The Idjwi island of Lake Kivu, in the eastern part of the Democratic Republic of the Congo, is a truly enchanting place. It is the second largest island in the African hinterland – a place of extraordinary natural beauty, with beautiful mountains, green forests, picturesque coves, beautiful beaches. But it also has one of the lowest life expectancies in the world, only 25 years old, according to studies conducted by Amani Global Works. This is because there is a very high infant mortality. People suffer from desperate poverty, malnutrition, lack of adequate health care. The situation has worsened since the island has become a refuge for a huge number of people fleeing the civilian wars that plague that area. Local institutions seem to have totally forgotten about Idjwi.

For many years, Kizungu Hubert with his “Volunteers in Mission for Children Care – VMCC”, has been looking for ways to help people on his home island. With the help of numerous donors, he has started a large permaculture project, created a poultry farm, started a beehive program, built a school for girls and is starting a health clinic. Through these projects, Kizungu aims to empower the local population to enable them to live healthier and more prosperous lives.

The FCC (Helen Pope, David Simms and Alberto Corbino with photographer Miguel Amortegui) visited the island in April 2019: we were welcomed by hundreds of children and the local population dancing and singing, and we decided to co-finance the project chicken coop, that of honey and also make a small targeted donation for people who desperately needed urgent medical attention. 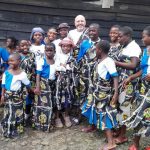 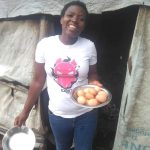 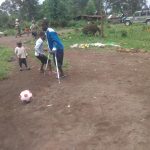 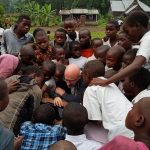 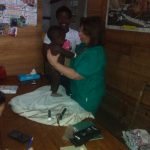 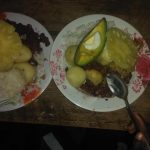 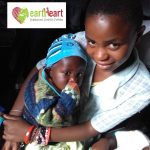